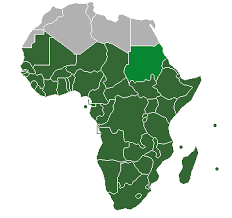 Based upon the innovations impact to the lives of the greatest number of people, I would rank Mobile Technology innovations first, broadband internet second and finally cloud computing. Mobile Technology comes first because it impacts both rural users and middle-class earners, which forms most of the sub-Saharan African population. Broadband Innovations provides Internet, data, voice, and telephony services. These services are required by company owners who are not as many in sub-Saharan Africa. It is also supported by sympathetic regulatory regimes as also by governments which have come to understand the key functions of broadband connectivity for economic growth. Cloud computing comes last because most sub-Saharan companies lack the proper infrastructure and operate on legacy devices which do not back up on cloud. The pattern is changing over time and it is expected to cover a larger portion given the fact that there is no existing infrastructure yet, which would translate to company loses trying to remove it.

Africa is often called the global economy’s last frontier. Although Africa remains by far the poorest continent, in recent years several African countries have enjoyed sustained political stability and economic growth. Information Technology (IT) is playing a significant role in the development of these economies.  I would attribute part of this growth to the disruptive technologies in place by Africans. M-pesa for instance, is mobile phone-based money transfer, financing and microfinancing service launched in 2007 by Vodafone for Safaricom and Vodacom, the largest mobile network operators in Kenya and Tanzania. Since then, it has scaled to Afghanistan, South Africa, India and in 2014, to Romania and in 2015 to Albania allowing users to deposit, withdraw and transfer money and pay for goods and services easily with a mobile device. Remember, this is Mobile Technology which has 75% penetration rate in Africa. We have not yet addressed broadband and cloud computing. Infrastructure is key to any technology growth, and since the Mobile telephony infrastructure is all set in most parts of the region, we can attest to the rippling effect across Africa even to other countries as well.