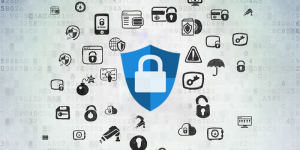 Facebook’s annual developer conference over last week has had lots of talking points. Key among them is Mark Zuckerbergs bold statement that the future is private. Many have questioned if Facebook has any moral authority left to talk about privacy. For a company that thrives on advertisement served through scanning user data, it becomes hard to believe that Facebook is really serious about privacy of its user data. To backup the claim the social network giant has announced a major overhaul of its core platform including its messaging services. But why overhaul? Where did Facebook go wrong in the first place?

While many think privacy is more about who you give access to data (who you share the data with) or how you store data, it’s imperative to note most companies including Facebook miss the point from the start – during design. While how you transmit data, how you store data and who you share the data with are equally important parts in guarding user privacy, a key point in privacy lies in how you collect the data itself. Data collection is a broad subject and with the advance in technology, there are multiple ways applications collect data. In every step (collection, transit, storage and sharing), privacy should be one of the main design decisions that application developers should consider.

Collect only what is needed

Often times, application need to share data with third parties. Most application do this through application programming interfaces (APIs). An API is a way to allow systems to communicate often times sharing data between them. When developing APIs developers should ensure that data is not shared indiscriminately. Differently API keys should have different access permission and only access the data permitted by their access.

With agile, normally every sprint starts with a planning session. It imperative to discuss with the team how the new feature will be implemented with the users privacy factored in.

When followed, privacy by design can bring lots of benefits key among them customer trust, increased app users and application stability.

Benjamin is a highly experienced Software Engineer and Enterprise Systems Architect. Over years I have contributed to several projects in the field of e-commerce, fin-tech integration and APIs. My focus is delivering highly scalable customer centered solutions. View all posts by Benjamin Munyoki