Limit global warming to 1.5 degrees in the future to avoid waste impacts of climate change

Did you know that we have 12 years left to keep the temperature at 1.5 degrees? Can we limit global warming to 1.5 degrees? According to a new report that was commissioned by several governments around the planet, we only have until about year 2030 before we hit the “point of no return” on climate change. By that time, if we have not done what is necessary to reduce our emissions, there is nothing else we could do, to prevent a global temperature increase of 2 degrees Celsius. We are only 12 years away, from hitting the point of no return where we see massive sea level increases, more droughts, more world fires, stronger storms, all kinds of that climate change make worse. Not to mention the millions upon dollars lost from lost property value due to increasing sea levels, people having to be relocated and much more.

2 degrees Celsius doesn’t seem like a big increase in global temperature, but it is. That is what is needed to start this catastrophic world changing events and we’ve got less than 12 years to do it according to this new report. It also says that, these next 2 to 3 years are going to be the most crucial. If we cannot get things under control and reduce global emissions within those 2 to 3 years, then there is even no hope of reaching that emission reduction goal by the year 2030. Well, while some countries have reduced their emissions, other countries have increased them so much that it offsets the cuts made by other countries. 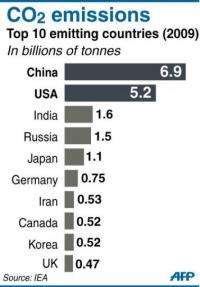 We have known about this for a very long time. We have known for the past few years that this point of no return was coming faster than scientists had predicted. So right now, this 2030 goal of reducing emissions before the point of no return is a bit generous. However, if we continue with the rate of emissions that we have right now, that point is going to hit a lot sooner than the next 12 years.

The good news is that, the technology already exists to do what is needed to do to reduce our emissions, get all fossil fuels and stop us from hitting that point of no return. The technology is there, the infrastructure could have already been there, had we properly invested in it instead of subsidizing oil and coal companies to the tune of more than 7 billion dollars a year in some countries.

The energy sector is the major culprit, but action in every sector counts.